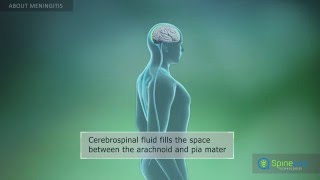 The membranes that surround your spinal cord and brain are called meninges. When these membranes become inflamed, the condition is called meningitis. There are several factors that cause meningitis and all may not present the same in one individual as it does in another.

The following are some of the things to look out for as these are factors of what causes meningitis:

What causes meningitis in the United States is mostly due to a viral infection virus, but fungal and bacterial infections can also lead to the condition. Meningitis can sometimes resolve or get better without treatment within a few weeks, or it can be a severe emergency situation that requires immediate medical treatment in order to prevent death. The severity of meningitis depends on what is causing the infection.

Early diagnosis and treatment of bacterial meningitis can help prevent life-threatening complications. For this reason, when symptoms of what causes meningitis appear, immediate action and medical care needs to be implemented.

Reasons for what causes Meningitis

Acute bacterial meningitis most often happens when a bacterial infection is present somewhere else in the body, and the bacteria travel through the bloodstream to the spinal cord and the brain. It can also happen directly if bacteria gains access to the meninges due to a fracture in the skull, a sinus or ear infection or, in rare cases, following some surgical procedures.

There are several different strains of organisms that can cause meningitis. The ones most commonly identified to what causes meningitis (acute bacterial) include the following:

What causes meningitis of the Viral type?

Meningitis caused by a virus is usually not a serious condition and many times it resolves with conservative treatment. Viral meningitis occurs much more often than bacterial meningitis. Most of the time, viruses belonging to a group known as enteroviruses are the cause of viral meningitis in the United States. These cases of meningitis usually occur most frequently in the later summer months and in the early fall. Other viruses can also cause viral meningitis, such as West Nile virus, herpes simplex virus, HIV, mumps, and others.

A multi-state outbreak of fungal meningitis occurred in 2012 due to the use of contaminated medications in spinal injections used to treat neck or back pain.

Other causes of meningitis

Meningitis can sometimes occur for reasons unrelated to infections including drug allergies, chemical reactions and some types of inflammatory diseases.

There are certain factors that may increase your risk of developing meningitis. They include:

Skipping immunizations: The risk for meningitis is increased for people who have not received all of the recommended childhood or adult immunizations (vaccines).

Age: Viral meningitis is most likely to occur in children who are less than 5 years old. People under the age of 20 are more likely to contract bacterial meningitis, especially if they are living with others in places like college dormitories or other community settings.

Place of residence: People who live on military bases, children in boarding school or young adults in dormitories have an increased likelihood of meningococcal meningitis. This type of the infection is spread via the respiratory route so it can quickly spread where groups of people live together.

Pregnancy: An infection called listeriosis is more common during pregnancy and this infection also causes meningitis. This condition may also spread to the unborn baby.

Compromised immunity: When your immune system isn't able to fight off infection, you are at increased risk for meningitis. Conditions that may compromise your body's immunity include diabetes, AIDS, alcoholism, and taking immunosuppressive medications. People who have had their spleen removed may also be at increased risk, as it is a vital component of the immune system. 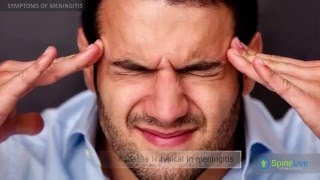 The signs and symptoms of meningitis may come on very quickly, developing over only a few hours, or they may develop over a few days. It can be very easy to mistake the early signs of meningitis for influenza or the "flu."

In anyone over 2 years old, the following signs and symptoms of meningitis may occur:

Signs and symptoms of meningitis in newborns

Meningitis is a series condition and it affects various age groups and often if gone untreated will and could result in death. Sadly, even newborn babies are not exempt from the dangers of contracting it. Many times infants and newborns do not have the typical signs of meningitis, such as a stiff neck and headache. Signs of the condition in children under the age of 2 includes:

When to see a doctor

It is critical to get medical care immediately in the presence of the following signs and symptoms of meningitis:

While viral meningitis may not require emergency treatment, bacterial meningitis can quickly become life-threatening. Putting off treatment increases the chance of severe complications or death. There is no way of knowing what type of meningitis is causing the symptoms without seeing a doctor. In addition, if you live, work with or are in close contact with someone who has meningitis, talk to your doctor about preventative medications.

In order to diagnose meningitis, your physician will want to know you or your child's medical history and perform a thorough physical examination.

During the examination, the physician will be checking for evidence of meningitis, especially around the throat, ears and head and the skin surfaces of the spine. There are tests that are used to make a diagnosis of meningitis and the results of these tests can also be used to guide your doctor in your care and treatment.

Home test for signs and symptoms of meningitis

It is important to seek immediate medical care as soon as the individual begins to showcase signs and symptoms of meningitis.

The treatment of meningitis depends on the type of infection or another factor that is causing the condition.

Immediate treatment for meningitis with intravenous antibiotics is needed to treat acute bacterial meningitis. Corticosteroids are also given to help reduce the chance of complications such as seizures and swelling of the brain. Cortisone medications also help to ensure recovery from meningitis. The antibiotics used to treat bacterial meningitis depend on what type of bacteria is responsible for the infection. Sometimes it may take several days for the tests to provide the doctor with this information. Until this information is available, your physician may prescribe treatment for meningitis with a broad-spectrum antibiotic that is effective against several different types of organisms.

If the sinuses or the bones that lie behind the outer portion of the ear, connecting to the middle ear (the mastoids) are infected, they may need to be drained.

Viral meningitis cannot be cured by antibiotics. In most instances, it resolves without the treatment for meningitis which may be within a few weeks. If the case of viral meningitis is mild, it is usually treated at home with measures such as:

If a herpes virus has caused the infection, an anti-viral medication can be prescribed by your physician.

Other types of meningitis

If it is difficult to determine the cause of meningitis, both an antibiotic and an antiviral medication may be started until a reason for meningitis can be established.

If meningitis is caused by something other than an infection such as an autoimmune disorder or an allergic reaction, the treatment for meningitis of this nature may include corticosteroid drugs. In some cases, meningitis resolves without treatment. Meningitis caused by cancer is treated by initiating treatment for the specific type of cancer.

Meningitis is most often the result of an infection that is spread from person to person. The viruses and bacteria that commonly cause meningitis are spread through the respiratory tract by sneezing, coughing, sharing silverware or straws, kissing or sharing a cigarette or toothbrush. If you work with or live with someone who has meningitis, you are also at increased risk of developing the disease.

There are steps you can take to help reduce your chances of getting meningitis. They include:

Treatment for meningitis and to help prevent it may include immunizations

The following immunizations can help prevent some types of bacterial meningitis: